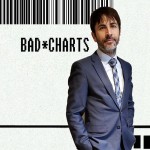 Another hot topic in my home town of Montreal, Quebec, Canada concerning the ever seemingly uber expensive $/litre we pay gas to fill up our cars. Some ask why are we paying soo much more than before while the crude oil is soo low? Devil’s advocate speech is that the Loonie is soo depreciated against the Greenback, and that is what explains the higher gas prices at the pump, albeit the ultrea cheap crude oil quotes.

I gatherered some charts to proove OR dispell these theories.

Crude oil is around 30 dollars USD.

The value of the usdcad forex pair is around 1.42.

Today’s price at the pump for a litre of regular gasoline in Montreal is between 1.11 and 1.02 expressed in Canadian Dollars. I’ll take the middle of range for arguement’s sake (1.06). 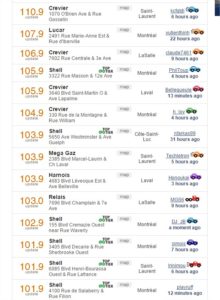 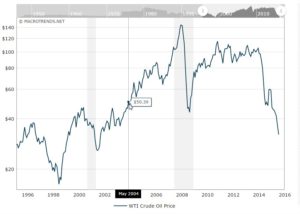 Comparing the coefficients tells me we are getting TWICE AS LESS gas at the pump today than in 2004 for the same amount of disposable income!!!

Is there something I’m missing? My conclusion is we are definately paying too much for the gas at the pump IF the major factors are the combination of usdcad vs crude oil. Else, there is some un explained delta making the price at the pump that much more today than 12 years ago!